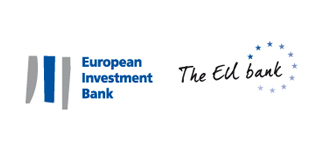 Even if important initiatives have been developed during the last years, the current crisis and the funding situation are slowing the previous good tendency.

In addition, in 2013 budget of National Programmers have been reduced in 90%, so the Regional Government is building its own assistance structure.

Since 2012, municipalities and regional actors are moving forward with own regional initiatives, such as the PROTOCOL of EE and RES in Extremadura Public Administrations (2012).

However, municipalities are finding many barriers to get funding after the SEAPs, due to it requires a management and supervision of the procurement processes, in small municipalities which in many cases have not technical staff.

The Energy Agency is providing the preliminary support, but the resources to be allocated in order to make detailed assistance are far over the currently established.

For that reason Regional Government, County Councils and Municipalities are searching for EU funding which will allow a proper resources allocation in order to cover the development of the total funding process.

GREENER EXTREMADURA is a project developed by Agenex and funded by the ELENA programme from the European Investment Bank (EIB) that its aim is to develop the strategy for investments in energy efficiency (EE) and renewable energy sources (RES) in Extremadura.

EIB and Agenex have signed an agreement between 2014 and 2018 by which the agency commits to ensure that all the services of project development are implemented, being responsible for reporting and providing the EIB all the documentation and procedures carried out.

Greener-ex emerge from the necessity of establishing a multi-level coordination between the parts that promote investments in EE and RES in Extremadura, from the local level to the regional, national and European levels.

With this project, Agenex will support more than 200 municipalities, both County Councils from Cáceres and Badajoz, and the regional government in the access to the funds where it is required. These entities will be benefit from lower energy costs and new installations.