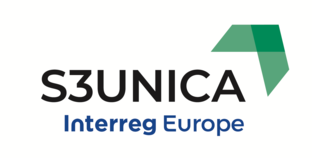 The main objective of the S3 Unica Project is the improvement of the energy efficiency in  buildings and infrastructures of the University Campus of the participating regions.

The S3 UNICA project – “Smart Specialization UNivecity Campus” – Smart Specialization in cities and on university campuses is funded by the European Union INTERREG EUROPE 2014-2020 Program and its main objective is to improve Energy Efficiency in buildings and in the infrastructures of the University Campuses, promoting an improvement of the symbiosis with territorial development, and the development of innovative solutions along the value chain associated with energy saving, the development of smart grids both in cities and in cities. University campuses

More specifically, within the framework of the S3 UNICA project, an Action Plan will be developed through cooperation between European regions. This comprehensive action plan in each of the regions involved in the project will address the following challenges:

The Andalusian Energy Agency in the project.

The Andalusian Energy Agency is the regional partner of Spain at the project and is responsible for coordinating the actions with the Andalusian Universities and research centers that will participate in the elaboration of the Action Plan.

In addition, the Agency, as leader of the European Partnership for Sustainable Construction, will coordinate the actions of this project with the actions carried out with the Smart Campus project because the results of the project are highly replicable in other European universities, as well as in other areas such as technology parks, shopping and entertainment centers, ports, and sustainable actions in neighborhoods of different European countries.

The S3 UNICA project has a group of interested entities at the regional level that will contribute their knowledge and opinions in the preparation of working documents and experiences, specifically in the drafting of the project action plan in Andalusia. This will participate in the project as stakeholders, relevant entities of the quadruple helix (administration, research centers, companies and citizens) that will contribute to the project’s tasks.

Thus, the General Directorate of European Funds DGFE, as the Operational Program Management Authority, is responsible for coordinating the Operational Program and will participate in the meetings and in the preparation of the road map; as well as other public authorities and knowledge agents actively participate in the development of the planning strategy instruments of the Junta de Andalucía, namely the RIS3 of Andalusia, the Energy Strategy of Andalusia 20142020 and the Sustainable Construction Plan, Horizon 2020, and therefore have been included; Business associations and the Andalusian University Institute of Home Automation and Energy Efficiency of the University of Malaga will contribute to the development of initiatives related to research, business development and professional skills training. The 10 Andalusian universities and the Association of Andalusian public universities will contribute as main stakeholders, providing technology and basis for the improvement of pilot projects. The Redeja network will also contribute to the replication of results among near 5000 buildings, with an extensive network of energy managers. Agents of knowledge: Technological Corporation of Andalusia (CTA) participates as an expert. Finally, the measures aimed at citizens will be supported by UCA-UCE Consumers Union of Andalusia and FACUA Consumers in Action.